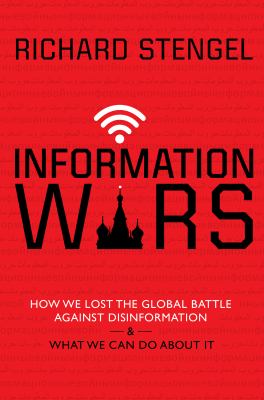 Information wars : how we lost the global battle against disinformation and what we can do about it

"In February of 2013, Richard Stengel, the former editor-in-chief of Time, joined the Obama administration as Under Secretary of State for Public Diplomacy and Public Affairs. Within days, two shocking events made world-wide headlines: ISIS executed American journalist James Foley on a graphic video seen by tens of millions, and Vladimir Putin's "little green men"--Russian special forces--invaded Crimea, amid a blizzard of Russian denials and false flags. What these events had in common besides their violent lawlessness is that they were the opening salvos in a new era of global information war, where countries and non-state actors use social media and disinformation to create their own narratives and undermine anyone who opposes them. Stengel was thrust onto the front lines of this battle as he was tasked with responding to the relentless weaponizing of information and grievance by ISIS, Russia, China, and others. He saw the scale of what he was up against and found himself hopelessly outgunned. Then, in 2016, the wars Stengel was fighting abroad came home during the presidential election, as "fake news" became a rallying cry and the Russians used the techniques they learned in Ukraine to influence the election here. Rarely has an accomplished journalist been not only a close observer but also a principal participant in the debates and decisions of American foreign policy. Stengel takes you behind the scenes in the ritualized world of diplomacy, from the daily 8:30 morning huddle with a restless John Kerry to a midnight sit-down in Saudi Arabia with the prince of darkness Mohammed bin Salman. The result is a rich account of a losing battle against trolls and bots--who are every bit as insidious as their names imply."-- Provided by publisher. 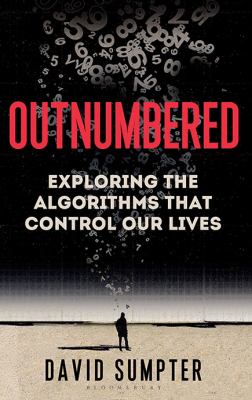 Outnumbered : from Facebook and Google to fake news and filter-bubbles -- the algorithms that control our lives

"Algorithms are running our society, and we don't really know what they are up to. Our increasing reliance on technology and the internet has opened a window for mathematicians and data researchers to gaze through into our lives. Using the data they are constantly collecting about where we travel, where we shop, what we buy and what interests us, they can begin to predict our daily habits. But how reliable is this data? Without understanding what mathematics can and can't do, it is impossible to get a handle on how it is changing our lives. In this book, David Sumpter takes an algorithm-strewn journey to the dark side of mathematics. He investigates the equations that analyse us, influence us and will (maybe) become like us, answering questions such as: Who are Cambridge Analytica? And what are they doing with our data? How does Facebook build a 100-dimensional picture of your personality? Are Google algorithms racist and sexist? Why do election predictions fail so drastically? Are algorithms that are designed to find criminals making terrible mistakes? What does the future hold as we relinquish our decision-making to machines? Featuring interviews with those working at the cutting edge of algorithm research, including Alex Kogan from the Cambridge Analytica story, along with a healthy dose of mathematical self-experiment, Outnumbered will explain how mathematics and statistics work in the real world, and what we should and shouldn't worry about. A lot of people feel outnumbered by algorithms--don't be one of them."--Jacket. 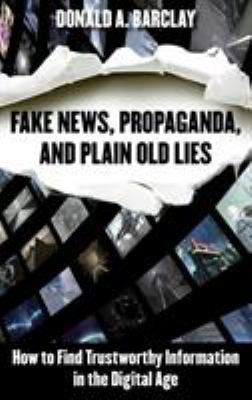 Fake news, propaganda, and plain old lies : how to find trustworthy information in the digital age 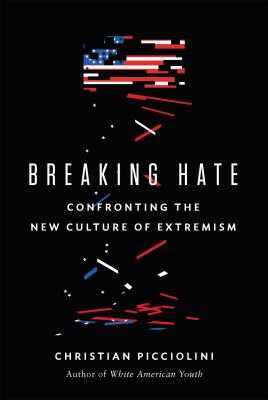 "At fourteen, Christian Picciolini was recruited by a now notorious skinhead leader and encouraged to fight with the movement to "protect the white race from extinction." Soon, he had become an expert in racist ideology, a neo-Nazi terror who roamed the neighborhood, quick to throw fists. By the time he left the movement years later and was able to see clearly for the first time, Picciolini found that his life was in shambles and the nation around him was coming apart. Told with startling intimacy and compassion, Breaking Hate is the inside story of how extremists have taken the reins of our political discourse and a guide to how everyday Americans can win it back. The forces pushing to polarize and radicalize us are many--from fake news to coded language to Russian trolls to a White House that often aims to inflame rather than to heal. Increasingly, the information with which we construct our world views is segregated by social media stars and advertisers with murky motives to validate our worst impulses. As Picciolini demonstrates, our modern world systematically normalizes extremism in such a way that we grow blind to it, only recognizing it in the wake of tragedy. Drawing on profiles of extremists that he works to free from violent ideology and on his own painful history leading and then escaping from an infamous neo-Nazi group, Breaking Hate explains why terrorism and violence have come to characterize our daily lives and why that doesn't need to be the case"-- Provided by publisher.

Today's extremist violence surges into our lives from what seems like every direction — vehicles hurtling down city sidewalks; cyber-threats levied against political leaders and backed up with violence; automatic weapons unleashed on mall shoppers, students, and the faithful in houses of worship. As varied as the violent acts are the attackers themselves — neo-Nazis, white nationalists, the alt-right, InCels, and Islamist jihadists, to name just a few. In a world where hate has united communities that traffic in radical doctrines and rationalize their use of violence to rally the disaffected, the fear of losing a loved one to extremism or falling victim to terrorism has become almost universal. Told with startling honesty and intimacy, Breaking Hate is both the inside story of how extremists lure the unwitting to their causes and a guide for how everyday Americans can win them-and our civil democracy-back. Former extremist Christian Picciolini unravels this sobering narrative from the frontlines, where he has worked for two decades as a peace advocate and "hate breaker." He draws from the firsthand experiences of extremists he has helped to disengage, revealing how violent movements target the vulnerable and exploit their essential human desires, and how the right interventions can save lives. Along the way, Picciolini solves the puzzle of why extremism has come to define our era, laying bare the ways in which modern society-from "fake news" and social media propaganda to coded language and a White House that inflames rather than heals-has polarized and radicalized an entire generation. 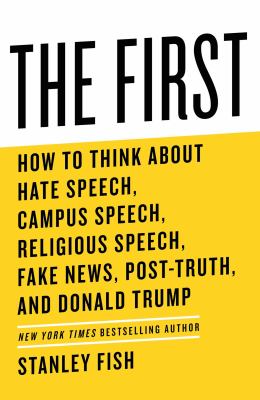 How does the First Amendment really work? Is it a principle or a value? What is hate speech and should it always be banned? Are we free to declare our religious beliefs in the public square? What role, if any, should companies like Facebook play in policing the exchange of thoughts, ideas, and opinions? With clarity and power, Stanley Fish, "America's most famous professor" (BookPage), explores these complex questions in The First. From the rise of fake news, to the role of tech companies in monitoring content (including the President's tweets), to Colin Kaepernick's kneeling protest, First Amendment controversies continue to dominate the news cycle. Across America, college campus administrators are being forced to balance free speech against demands for safe spaces and trigger warnings. 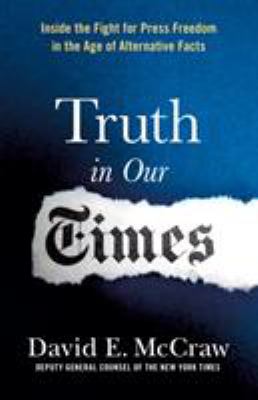 Truth in our times : inside the fight to save press freedom in the age of alternative facts

In October 2016, when Donald Trump's lawyer demanded that The New York Times retract an article focused on two women that accused Trump of touching them inappropriately, David McCraw's scathing letter of refusal went viral and he became a hero of press freedom everywhere. But as you'll see in Truth in Our Times, for the top newsroom lawyer at the paper of record, it was just another day at the office. 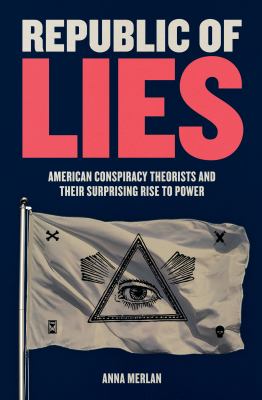 Republic of lies : American conspiracy theorists and their surprising rise to power

Merlin takes readers on a riveting tour through the landscape and meaning of modern conspiracy theories. American society has always been fertile ground for conspiracy theories, but with the election of Donald Trump, previously outlandish ideas suddenly attained legitimacy. Trump himself is a conspiracy enthusiast: from his claim that global warming is a Chinese hoax to the accusations of "fake news," he has fanned the flames of suspicion. Merlin looks beyond the caricatures of conspiracy theorists to give a nuanced, sympathetic account of the people behind them, across the political spectrum, and the circumstances that helped them take hold. In doing so, she transforms our understanding of American paranoia. -- adapted from jacket 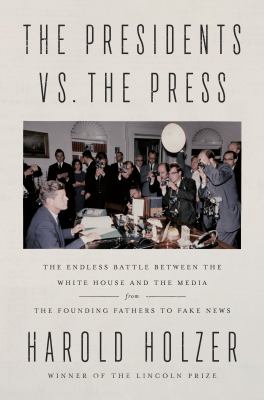 The presidents vs. the press : the endless battle between the White House and the media -- from the founding fathers to fake news

"An award-winning presidential historian offers an authoritative account of American presidents' attacks on our freedom of the press. "The FAKE NEWS media," Donald Trump has tweeted, "is not my enemy. It is the enemy of the American people." Never has our free press faced so great a threat. Yet the tension between presidents and journalists is as old as the republic itself. From George Washington to Trump, presidents have quarreled with, attacked, denigrated, and manipulated the fourth estate. Washington groused about his treatment in the newspapers, but his successor, John Adams, actually wielded his executive power to overturn press freedoms and prosecute critical reporters. Thomas Jefferson tapped a reporter to find dirt on his rival, Alexander Hamilton, only to have the reporter expose his own affair with his slave Sally Hemings. (Jefferson denied the reports out of hand-perhaps the first presidential cry of "fake news.") Andrew Jackson rewarded loyal newspapers with government contracts; Abraham Lincoln shuttered critical papers and imprisoned their editors without trial. FDR and JFK charmed journalists in order to protect their personal secrets, while Nixon cast the press as a public enemy for daring to investigate his own. In this remarkable new account, acclaimed scholar Harold Holzer guides readers through the clashes between chief executives and journalists, showing how these battles were waged and won, while girding us for a new fight to protect our nation's greatest institution: a free and functioning press"-- Provided by publisher.

Every president has been convinced of his own honesty and transparency; every reporter who has covered the White House beat has believed with equal fervency that his or her journalistic rigor protects the country from danger. Our first president, George Washington, was also the first to grouse about his treatment in the newspapers, although he kept his complaints private. Subsequent chiefs like John Adams, Abraham Lincoln, Woodrow Wilson, and Barack Obama were not so reticent, going so far as to wield executive power to overturn press freedoms, and even to prosecute journalists. In this remarkable new history, acclaimed scholar Harold Holzer examines the dual rise of the American presidency and the media that shaped it. From Washington to Trump, he chronicles the disputes and distrust between these core institutions that define the United States of America, revealing that the essence of their confrontation is built into the fabric of the nation.